Hogarth painted two versions of Before and After, an outdoor pair, on display here, and one set indoors (now in the collection of The J. Paul Getty Museum, Los Angeles). Hogarth employed the same narrative sequence in both, i.e. before and after a couple have sex, but the action in the interior scenario takes place in the woman’s bedchamber rather than a wooded glade. 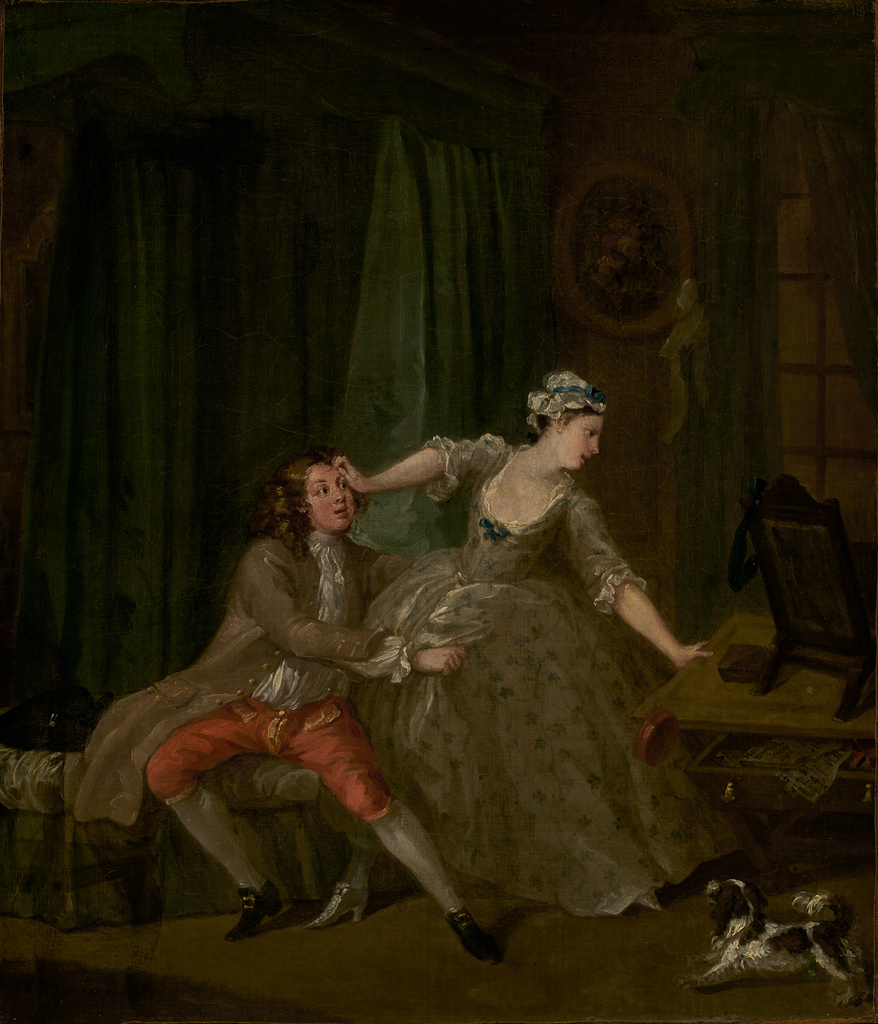 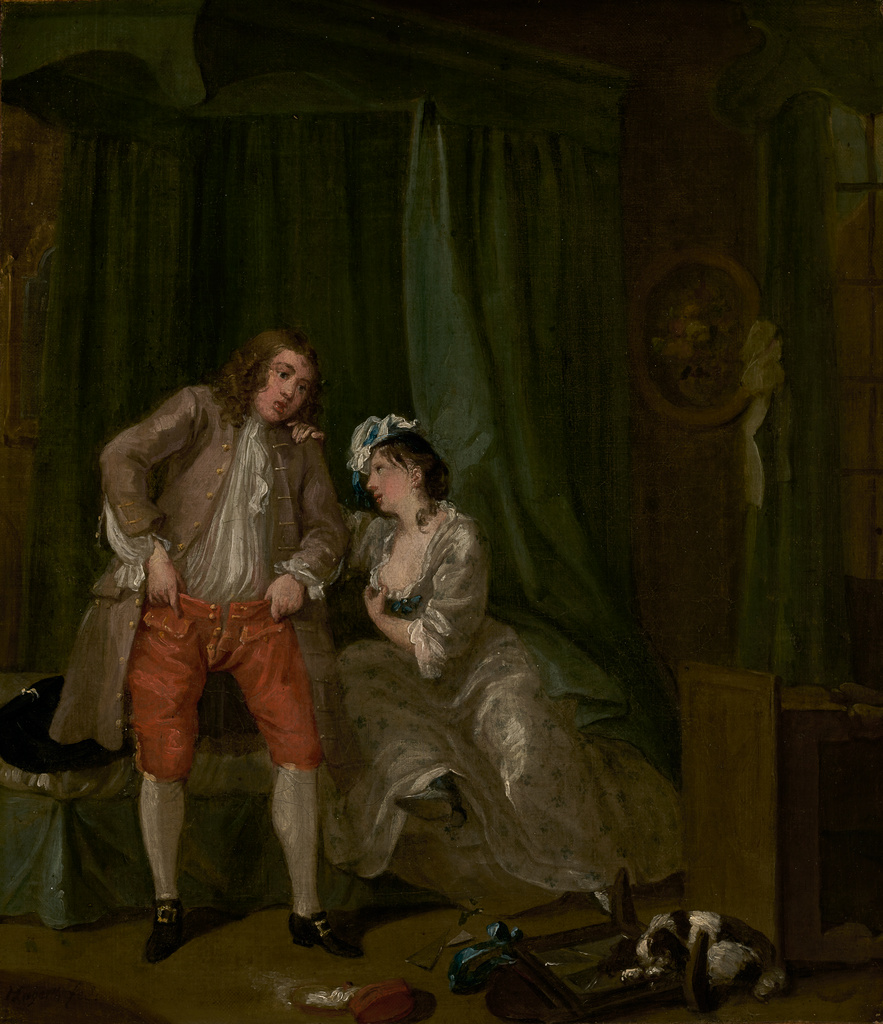 Hogarth sold both pairs to wealthy male patrons. As with the outdoor version, he probably intended the disarray in the indoor scenes to be an amusing, ironic contrast to the idealised courting couples in contemporary French pastoral paintings. To the present-day viewer, however, there is a stark and deeply troubling difference in mood. The room is the woman’s space rather than neutral ground, and it is possible that we are being confronted with a scene of a rape. In Before, the woman appears to have changed her mind and is desperately trying to escape the man’s clutches as he pulls her determinedly towards the bed. She pushes him away, the palm of one hand pressed on his face, and pulls at the little dressing table to escape.

Almost certainly because the interior setting lent itself better to the inclusion of narrative details, in 1736 Hogarth chose to produce engravings after the pictures. He retained the detail of the irreparably broken mirror, which may refer to the loss of the woman’s virginity, and her pet spaniel – first barking, then sleeping – representing arousal and sated desire. Hogarth included additional elements in the prints, such as a painting of Cupid with a rocket – first lighting it, then gesturing to it spent – surely in reference to sexual stimulation and ejaculation. In the printed version of After Hogarth was able to add minute but legible lettering to the book at the man’s feet, the ancient Latin proverb ‘Omne animal post coitum triste’ (Every animal is sad after sex). Could Hogarth have been casting moral judgement on the man and lamenting the fate of the woman? It is possible that he intended viewers to recognise the longer version of the proverb, ‘Post coitum omne animal triste est sive gallus et mulier’ (‘Every animal is sad after sex except cockerels and women’). Hogarth certainly posed the woman very differently in the print compared to the painting. If this is a rape scene, the woman’s expression is puzzling. She is decidedly not sad. She links one arm around his and plays with the front of his shirt. Is she imploring him to stay? 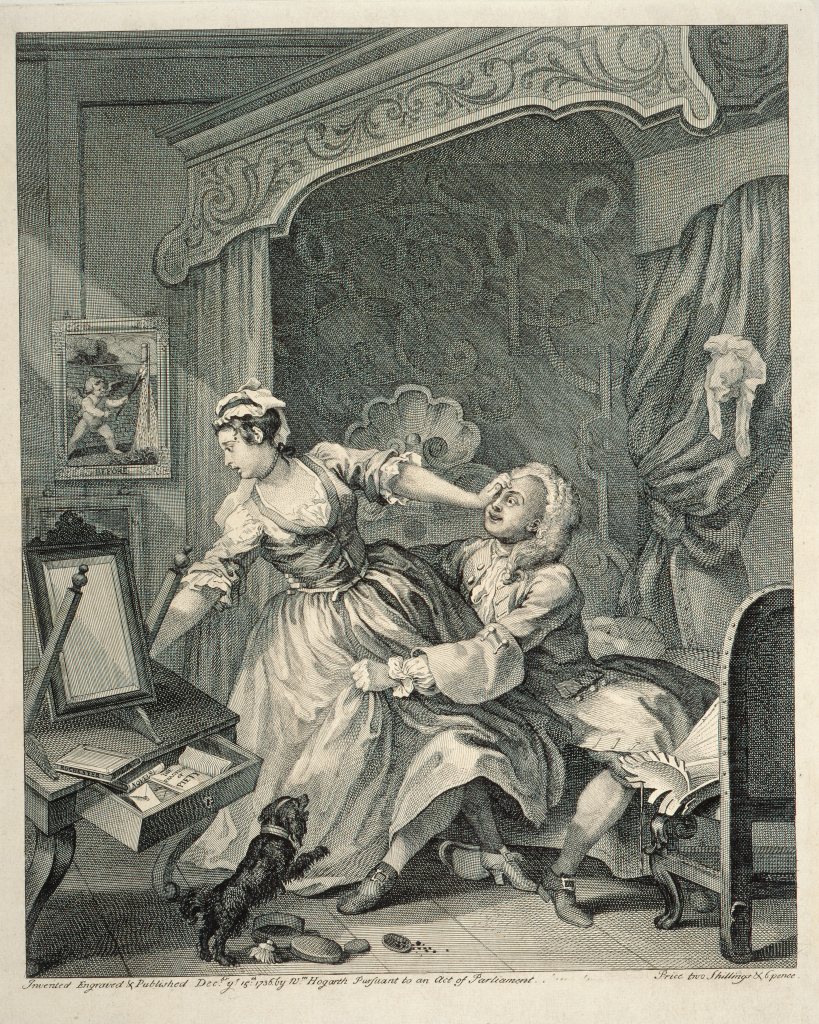 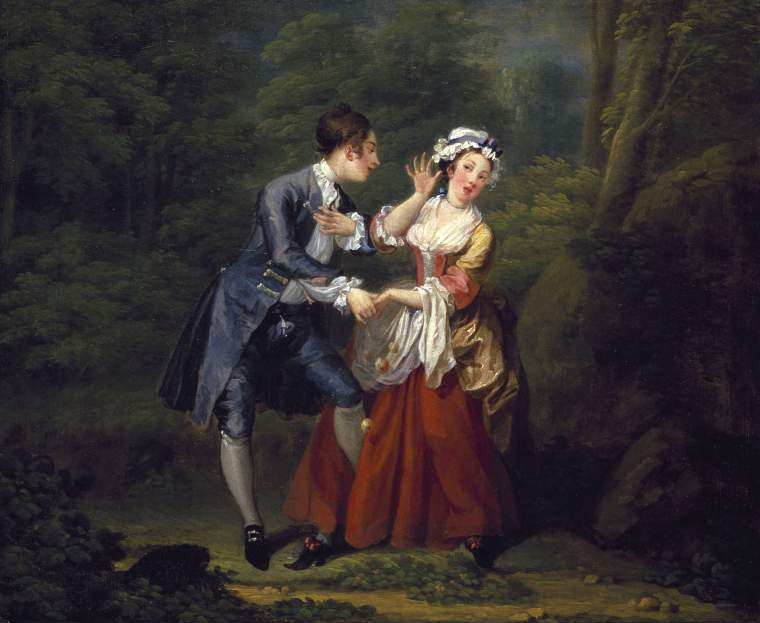